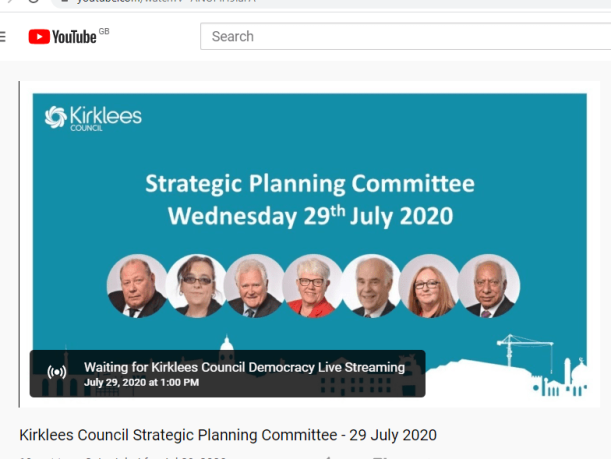 The long running case of Huddersfield Byway 231 returns to committee next week with an officer recommendation to make an order downgrading the route to bridleway status. Details of the meeting and report can be viewed here . Regular readers may recall a similar order ultimately failing at the last hurdle Huddersfield Byway 231. Order To Downgrade To Bridleway Fails.

The above is to be presented to the Virtual Meeting, Strategic Planning Committee at 1pm on 29 July 2020.  Below is a link to the agenda, report and documents.

Please note that any members of the public who wish to speak at the meeting must register to speak by 5.00pm (for phone requests) or 11:59pm (for email requests) by no later than Monday 27 July 2020.

As this is a virtual meeting please include in your email the telephone number that you intend to use when addressing the Committee. You will receive details on how to speak at the meeting in your acknowledgement email.

Alternatively, we would encourage members of the public who do not wish to use the telephone option to email their written submissions to governance.planning@kirklees.gov.uk to be received no later than 12:00 pm Tuesday 28 July 2020.

Previously on PathWatch we reported on the legal challenge to the order confirmed by the planning inspectorate  earlier this year. The order downgrading Huddersfield Byway 231 to a bridleway has been an expensive comedy of errors  haplessly performed by Kirklees Council. Not to be undone the Planning Inspectorate went for a nuclear cock up option and have been found to have erred in law. The decision quashing the order is here 27 Nov 19 Sealed Consent Order -approved 21 Nov 19

So the badly drawn byway remains in situ.The planning Inspectorate have advised that  “PINS is no longer involved and the matter has now been passed back to Kirklees MBC.   It is up to Kirklees MBC to decide what to do next (e.g. abandon the claim or re-investigate the matter with a mind to making a new Order)” Oh dear…. 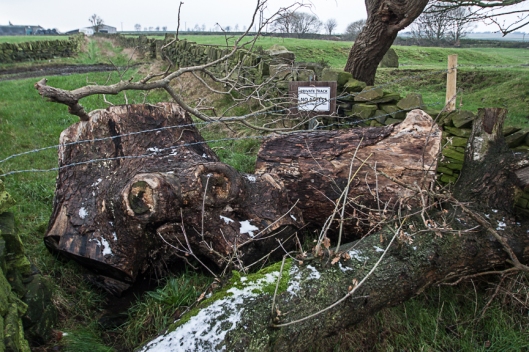 People of Kirklees dig deep. For never has so much been spent by so few and paid for by so many for so long. The cock up generator in civic 3 has spawned a classic.

Regular readers will recall the long saga of  Huddersfield Bridleway 231 and the large amounts of  public money paid in botched enforcement,court cases and legal advice. Ultimately it became a nice little earner for Leeds City Council and their expert in rights of way who produced an exhaustive report   concluding the byway was in fact a bridleway!

The report was enthusiastically endorsed by the Huddersfield planning sub committee, an order made to change the routes status to bridleway, a predictable objection from landowners led to a public inquiry date for late January 2019.  So far so good.

And then some one twiddled with the dials on the cock up generator at Civic 3. A new rights of way consultant was hired, presumably to represent Kirklees at the public inquiry. The outcome of this seems to be the unilateral overturning of a democratic committee decision based on an expensive experts report  recommending a bridleway  to a recommendation that the route is a ..er..footpath.

So that 10 grand to Leeds City Council from the ratepayers of Kirklees was money well spent wasn’t it?

If this was a game of football chants of “you don’t know what you’re doing” would be echoing around the ground.

And the truth is they don’t know what they are doing. Kirklees has spent a small fortune on this case. It touted the Leeds report as an answer which would “inform” future enforcement action. It assured local user groups at every point along the way that the findings of the Leeds report were correct and a chance to resolve this self made problem once and for all.